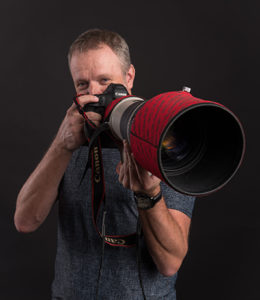 I am a freelance photographer specializing in sports, especially motorsport, ice hockey and architecture.

I started as a graphic designer in the graphic studio in Pilsen. The breakthrough occurred in 2001 when I took pictures of the Subaru WRC during the crash at the Rally Sumava, which was subsequently published by the magazine Svět motorů. Since that moment I have begun my journey to become the professional photographer. Among Czech photographers, I was the pioneer of digital photography in the motorsport because I started using the first Canon D30 digital SLR camera.

I was devoted to the Czech and World rally as well as the Hillclimb races, but at the moment I am specializing in circuit racing. In 2007, I was chosen to be an official photographer of the Swedish and Norwegian Rally in the World Championship. From 2003 to 2009, I was the official photographer of the Škoda Octavia Cup and the Autodrom Most. Over the years I have been working for Aston Martin Racing, Charouz Racing, BRT, Seat Leon Czech, Vekra Racing team, RTR projects, ALTRAN, Scuderia Praha, IDEC, Hájek Rally team, SEAT ČR and many other teams from the Czech Republic and abroad. I regularly collaborate with magazines Motorsport Magazine, Rally, Svět motorů, Formula or MF Dnes. I have had twice the opportunity to be a part of the Czech team at the 24h Le Mans race or attended the La Carrera Panamericana which is the long-distance rally in Mexico. Since 2017 I am the official photographer of 24H Endurance series, the largest endurance series in the world. In addition, since 2010, I have been working for the promoter ice hockey Extraliga, BPA.

The biggest achievements are the first place in the Golden Eye competition in 2006 (best motorsport photography by a Czech photographer) and third and second place in the same competition in 2005 and 2007. Exhibitions in Pilsen Olympia 2007, Barum Rally 2010 or Grand Prix Auto Opat 2016 together with Jiří Křenek and Petr Lusk. You can find my photos in many books such as 75 let Masarykova okruhu, Třináct pohárů, Mexická legenda, S Fábií mezi dravci, Mistři volantu, Strach je přítel vítězů nebo Nebe peklo ráj závodníka a manažera A. Ch. My hobbies besides motorsport include sports, especially volleyball. And, of course, the family which consists of my lovely wife Květa and two amazing daughters Karolina and Leontyna. 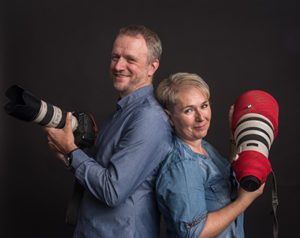